3 Companies That Missed the Chance for Customer Transparency 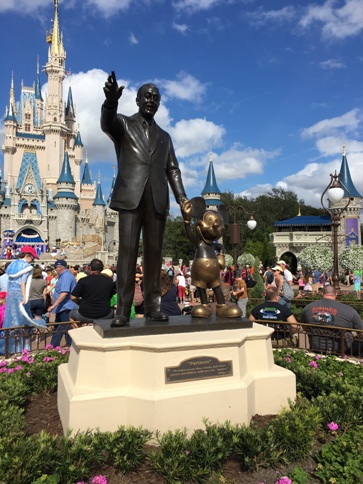 Have you ever read a company announcement and thought, “Do they really think people are this stupid?” I’m a marketer, so I understand having to spin things in a positive way. But, there are times when companies are better off offering customer transparency. The following are three examples that left me shaking my head.

In February, Disney Parks announced a price increase on some of their ticket packages. This included a new feature – seasonal single-day ticket prices. It’s seasonal because the price depends on the expected crowd for the day.

The reason they’re giving is to help with crowd control during busy times. By jumping the price, Disney is hoping people will choose to come on slower days. In a nutshell, the crowds are getting too big and this is its solution. How convenient that this also happens to bring in a significant amount of extra revenue.

I’ll be the first to admit that I’d hate to visit on a day that’s so crowded you can’t enjoy yourself. But is a price increase the only way to solve the issue? Of course not. What about a price decrease on the slower days? I know. That’s unrealistic in today’s business world.

Another option would be to create experiences that Disney would offer only on the slower days. Give people a positive reason to want to come on a slower day. Or, offer the multi-park (or “Hopper”) pass for a significant discount on slower days.

Disney promises a magical experience and it delivers. So why not make an even better experience by not going after every dollar of every pocket that comes into the park?

This next example made me laugh when I read it. Facebook is opening up its Instant Articles program to any publisher. That means you could be reading this blog post in Instant Articles if I choose to publish there. Currently, it’s only open to a few hundred publishers.

The funny part is the reason Facebook gave for this direction. The problem is that people experience slow load times when clicking on publishers’ links. Instant Articles loads much faster. The faster load times might be a benefit but that’s hardly why Facebook is pushing this new service.

It’s no secret that Facebook wants all its users to stay on its site for as long as possible. It wants to dominate the Internet. The key to that is to have users publish all their content on Facebook. But publishers don’t own the relationships with readers of content on Facebook.

This is an instance where simple customer transparency makes the most sense. Most everyone knows why Facebook is making this play. Facebook is actually offering some attractive features with Instant Articles that benefit publishers. They have full control over the look of their articles, and they get all the data and ad revenue. Perhaps the biggest key is Facebook allowing some publishers to test collecting email subscribers. If it gives all publishers that access, that could be a game-changer.

Facebook could have just said that it wants its users to stay on their site. Then followed by explaining the benefits to publishers who use Instant Articles. There’s still the issue that Facebook can change the rules at any time. That won’t change, but transparency might get more publishers to give it a try.

Recently, Uber sent out an email to explain their surge pricing. Surge pricing is when it raises prices during busy times. Uber’s explanation is that higher prices encourage more drivers to get on the road. Like Disney, it looks like this solution benefits Uber more than customers.

If getting drivers on the road is really the main reason for surge pricing, there’s a better option for customers. Why not have surge payments for drivers. Keep the fare steady, but pay the drivers a higher percentage during busy periods. That would motivate more drivers while allowing customers to get normal pricing.

These are three recent examples where customer transparency would work better. There are many more and I’d love to see some of yours. Give your examples in the comments below.