How to Strengthen Your Brand like Bon Jovi in Uncertain Times 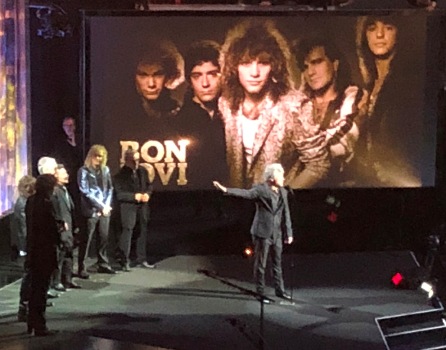 Tommy and Gina got a gift from Jon Bon Jovi. He canceled Bon Jovi’s 2020 tour with Bryan Adams. Not a postponement. He all out canceled it. That means people can get a refund on their tickets. Postponing the tour would at least have made people wait until they announce new dates. Tommy and Gina, who are likely furloughed or laid off right now, need that money now. It’s a great example of how to strengthen your brand.

Is there any other artist that personifies the working-class man better than Jon Bon Jovi? He’s always had an ability to write songs (with Richie Sambora) that we all identify with. As a multi-millionaire, it seems like it might be hard for him to still relate to the Tommys and Ginas in his songs. But from his work with his Soul Kitchens to doing right by his fans, he’s following through with his brand and what people expect from him.

I’m sure his decision came with heavy discussions with Ticketmaster. The decision to cancel ultimately comes from the artists (not Ticketmaster). I’m sure he lost some money in the deal. He’s in a position where he’s able to do that. Not all bands are. In fact, most can’t afford to take that hit. Most are likely waiting for states to declare the concerts can’t happen so their insurance can help them recoup any costs they’ve put in already…if the insurance even covers COVID-19 cancellations. Check the fine print. Most music industry insurance companies don’t cover pandemics. Many specifically excluded the Coronavirus starting in January.

Ticketmaster is also staying true to the brand they’ve created for themselves. Seeming to always be service charge disputes, their brand is synonymous with greed. They said earlier this year that they believe fans are willing to pay much more for concert tickets. They were testing that theory with ticket prices for 2020 tours.

Now that COVID-19 has blown up the early 2020 concert season, they changed their website to specify refunds would be available only for canceled shows. After taking a beating in the press, Ticketmaster updated their policy. Starting on May 1, they will offer 30-day windows to request a refund for rescheduled shows. With many fans who may now be out of work, that refunded money could go toward bills or other expenses.

With the possibility of no concerts for the foreseeable future, you would think they’d want as much goodwill as they could get. I don’t know how they survive for a year and a half with no tickets to sell unless they find a way to strengthen their brand during that time.

For brands still figuring out how to adjust their 2020 plans, this example should clarify their approach. Their needs have changed in ways you couldn’t have imagined a couple of months ago. How can you help them now? How can you make their lives easier now? The companies that take care of their customers’ bottom lines over their own will emerge more successful than those that don’t. Customers will remember who helped them.

When we’re all “Livin’ on a Prayer,” do you want to be the one that answers those prayers or the one making us pray harder? Who would you want to do business with?

Thanks for reading and add your thoughts on how companies can strengthen their brand right now.