Behind the Writing: How to Defeat Writer’s Block 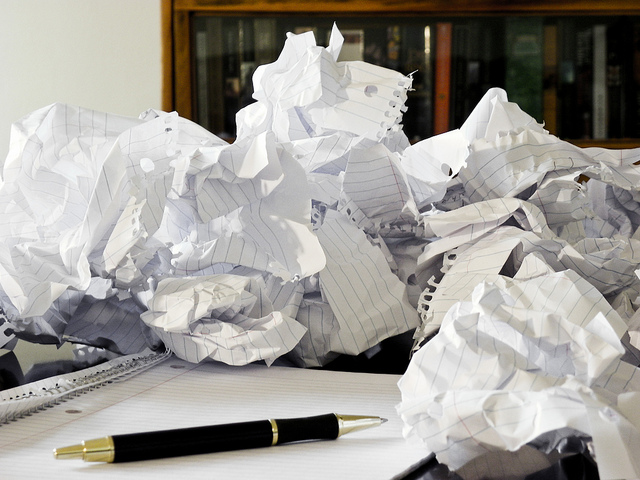 Oh, writer’s block…you come in many forms! You usually associate writer’s block with staring at a blank page with no idea what to write. In this case, I had the outline, the hook, the resources and everything else in my head. But, it wasn’t translating to the page the way I was envisioning it. To help you avoid what I went through, I’m taking you behind the writing for a look at how I defeated writer’s block.

This example comes from my blog post, A New Era of Marketing like Jimi Hendrix: Are You Experienced?. The post reviewed Experiences: The 7th Era of Marketing by Robert Rose and Carla Johnson. I loved the book and the angle I was taking, so I couldn’t wait to write it. Now it was driving me crazy that I couldn’t get it written the way I wanted. So what did I do? I thought, “What would Ann do?”

By Ann, I’m referring to Ann Handley. I mentioned in my review of her book, Everybody Writes that I’d be referring back to it often. I used her steps here to get through the block. Below are the specific steps that were most helpful. 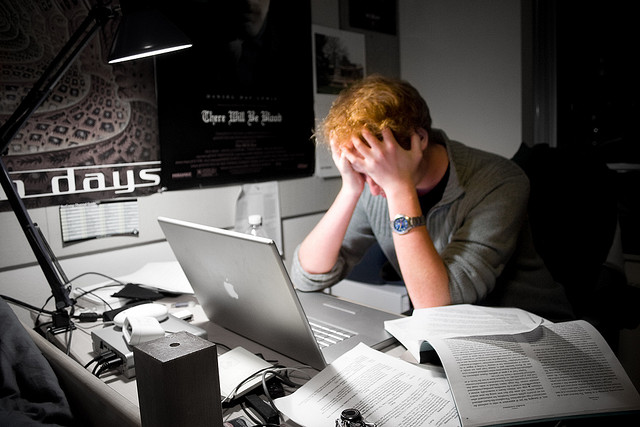 I was following the writing GPS to focus my thoughts and to create the outline. I knew where I was going and which points I wanted to hit on the way. The issue was in the journey itself. I had the pit stops, but not the road to get to each place. So, it was coming across stiff and robotic.

I decided to continue on with the draft by getting down the facts that I had in my outline. I figured if I could at least get those on the page, it might help me figure out the transitions.

I got the facts down and all the pieces of the outline. Then, I wrote the intro (rewritten three times) and the transitions between sections. This was an ugly first draft. It was a little better than when I started but didn’t have the personality that I wanted. Something was still missing.

The post’s main hook was the similarities between Jimi Hendrix and Experiences. Each ushered in a new era of guitar and marketing, respectively. It finally hit me that I used the comparison in the intro of the post, but that was it. I went back to each segment of the post and added in further comparisons back to Hendrix. Finally, it was starting to come together.

Use a Great Editor

When I was with PR 20/20, we had a review process for editing and I trusted any of my co-workers to review my writing. I submitted the first draft for review. I included a quick note of some areas to focus on that I still wasn’ happy with.

To my surprise, this post came back with only a few edits and a note on how much she liked the post. That gave me a bit more confidence that I was closer than I thought to publishing.

I followed Ann’s advice to set a deadline to have it completed by the next day. I had already spent a lot of time putting the piece together and I could have spent a ton more time. I needed to limit how much longer I would take fixing things. I read over it a few more times and made a few more edits, and that was it.

I was happy with the final draft, published it and promoted it on social media. Soon after, I received nice comments from both Carla Johnson and Robert Rose. It doesn’t get much better than that.

For whatever reason, even with preparing, this was one of the tougher posts to write. But, by going back to the basics and following Ann’s steps, it turned out well. If you’re ever experiencing writer’s block, follow her advice in Everybody Writes.

How do you get past writer’s block? Do you have a different process? Share it in the comments below. Thanks for reading and please share this post with your friends.