Brandscaping with Puppies: Unleash the Power of Unique Partnerships 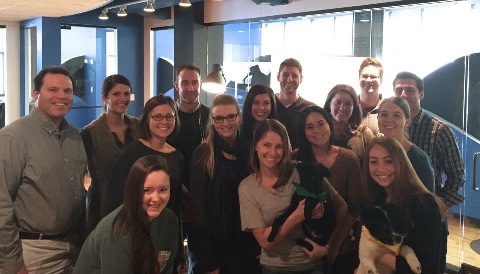 How much would you love for puppies to interrupt your workday? That’s exactly what happened a few years ago at PR 20/20. Uber announced that puppies were being driven around to visit businesses. But it was also a great marketing lesson in brandscaping.

After getting Paul’s (PR 20/20 Founder and CEO) okay (his exact words were “…as long as I don’t have to clean anything up”), we scheduled a time with the puppies. You can imagine our excitement as a few minutes later, we had two adorable puppies running around the office!

During our 15 minutes of puppy playtime, we learned more about Uber, Puppy Bowl XI, and Cleveland APL’s animal adoptions. Needless to say, the puppies we were playing with could be adopted! 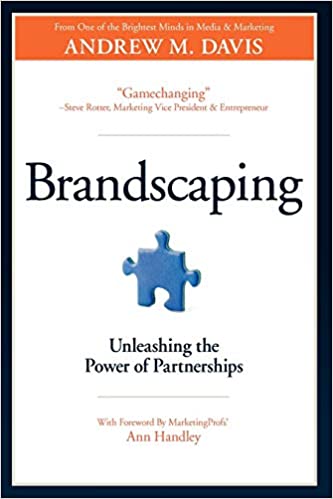 This unique partnership among Animal Planet, Uber and the Cleveland Animal Protective League (APL) is a fun example of brandscaping. Brandscaping, coined by speaker and author Andrew Davis, describes “unconventional brand partnerships that lead to unparalleled marketing success.” A brand (such as Uber) looks for opportunities to leverage the audience of a seemingly unrelated brand (Animal Planet and the Cleveland APL) to benefit both.

Uber has run similar events, including driving kittens (another Animal Planet partnership) and ice cream to homes and businesses. However, this particular event was perfectly suited for Animal Planet’s promotion of the Puppy Bowl, and its dedication to promoting adoption for animals of all ages.

Lisa Tarcy, communications and social media specialist for the Cleveland APL said it was “so fun to bring awareness to the APL and animal adoptions by spreading joy in Cleveland.” In addition, they benefited from a $30 donation per 15-minute playdate. 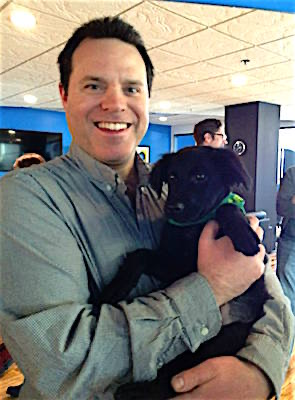 Uber promoted the event, which ran in ten cities across the country, through an email. Uber offered access to its audience in exchange for the credibility and attention-getting use of the Animal Planet and Cleveland APL brands for the event.

Social media was also a major factor in the promotion of the event. Most of the companies (including PR 20/20) that participated posted photos on social media, as did the APL, Uber and Animal Planet. The hashtag, “#UberPuppyBowl” was trending on Twitter throughout the day. According to TweetReach, the hashtag had a reach of more than 80,000 and over 111,000 impressions.

In Cleveland, 21 companies scheduled a puppy playdate. Although the final amount raised for the Cleveland APL wasn’t available at the time I spoke to Tarcy, at least one of the puppies got adopted. Also, local TV news channels and Cleveland.com picked up the event.

The key brandscaping takeaway for marketers is to think differently about your opportunities. What brands are your customers already using that you can tie into? Can you combine your products or services to create an experience that benefits both, in a way you couldn’t do on your own? Would you reach a different audience through the partnership?

The icing on the cake is when you create an event that is wildly popular and easily sharable (like puppies!). That opens your content to even bigger audiences through social media.

This was a successful promotion for all that participated, and one I hope we see more often. We all said, “This is the greatest idea ever!”